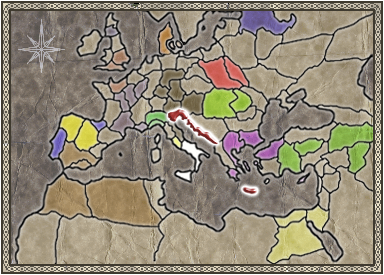 The city of canals is a reminder that starting from a great defensive position is an ideal foundation upon which to build an empire. With the city itself perched on the Ri'Alto island and the Venetian Lagoon serving as a massive moat for the city, Venice is a natural fortress. Although the Venetians do not boast a noteworthy land army, they are the leading seafarers of the time. this gives them the ability to confidently defend their capital from direct attack, as well as establish trade routes more readily than most any other major power.

A century earlier the Venetians were plagued by Dalmatian pirates who preyed upon the merchants that plied their lucrative sea trade throughout the Adriatic. Through clever diplomacy, Pietro Orseolo, "Doge" of the Venetian Republic was able to isolate the marauding pirate Slavs into small, manageable groups that he then forced to surrender. this opened the door for Venice to evolve from an isolated trading city into a European power in its own right.

With their ability to dominate trade and traverse the Mediterranean, so long as the Venetians diligently protect their island city, they will always remain a force to be reckoned with. 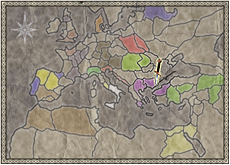