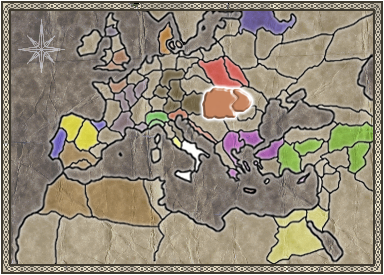 Exactly a full millennium since the birth of the Messiah, the Christian Kingdom of Hungary was born when Pope Silvester II sent the "Holy Crown" to signify that the pious noble István I, had become the founding Christian monarch of the realm. Dying without leaving an heir, pagans soon once again assumed control of Hungary, but it would seem this is a land Christendom was destined to call its own. When László recently succeeded his brother Geza I as King of Hungary, he nationalised Christianity so utterly, and with such fervour, that he is already being deemed by many to be a living Saint.

Though it is clear that the Pope's approval of László's unusual piety has no doubt re-established Hungary as a respectable Catholic kingdom, it would appear that the Hungarians will soon be taking on another Christian power should they wish to expand at all. The Holy Roman Empire and Poland essentially cut off all of Hungary's options to the west or north respectively, leaving Moldavia and Wallachia as the paths of least resistance out of the Carpathian mountains.

Of course, to follow such a path is to spoil the plans of the Byzantine Empire to regain its western provinces. Avoiding interfering with Byzantine interests leaves only one other option, sweeping north around the Crimea into the Ukraine. This however, simply replaces one Orthodox adversary with another, and will require immediate action, as the armies of Novgorod are already poised to sweep southward to unite the Russian principalities.

Regardless what László's first move is, nothing will change the fact that Hungary has become Catholicism's physical front line against all other faiths - Something that will doubtlessly bring great glory, yet even greater bloodshed. 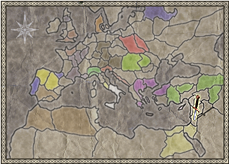 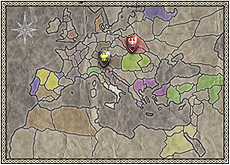