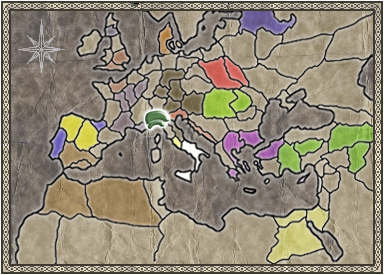 Milan is a city of both possibility and problems. The Archbishop of Milan was until very recently the most powerful political figure in Northern Italy, with the city well and truly under his thumb. Though still Catholic, the Milanese are breaking free from the control of the church to form a mighty, expanding municipality.

The Milanese are surrounded by possible allies and enemies. The Alps provide Milan with a natural barrier to the north that ensures the city is relatively safe from Swabia and the Holy Roman Empire - If the Milanese hold the mountain passes, they can hold off Northern Europe. While the mountains fence Milan off from the world, Genoa serves as the coastal gateway to the Mediterranean and beyond.

Though better positioned to expand into the rest of Europe than the other Italian peoples, the Milanese are also the most likely to have to confront the Northern European powers first, and will need to consolidate their position swiftly by working their way into the nearby provinces that the French and Germanic forces have not secured... yet. 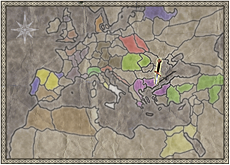 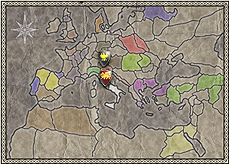