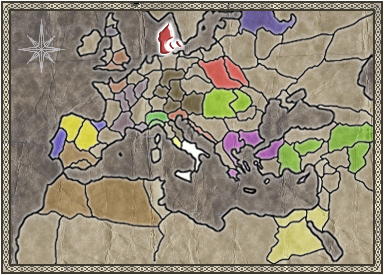 Denmark is a relatively new kingdom in the world of Christendom, emerging from centuries of paganism under Viking rule. Exactly one hundred years ago, Harold Bluetooth, the Viking King of the Danes, embraced Christianity, not just personally, but also on behalf of his people. Though the Vikings' fierce conviction in battle was a true asset, forsaking these pagan ways and embracing Catholicism is what has actually elevated Denmark into a true northern power. With the Reich and other Catholic Kingdoms offering support against stubborn Viking pagans, the Kings of Denmark now enjoy an absolute authority that has never been seen in the region before.

The Danes have no illusions that maintaining such authority abroad is an easy feat, having lost control of England within the last half century. In fact, forging agreements of co-operative leadership with the Norwegian royal court almost saw an end to Danish rule over the Kingdom of Denmark itself. So it would seem that both diplomatic and militaristic expansion are something the Danish Kings are yet to master.

Arguably the most expedient move that the present King Knut II could now make would be to try to take the Scandinavian lands to the north rather than continue to negotiate with them. No mortal army could possibly dream of approaching Norway or Sweden's northern reaches, making the region an ideal set of easily defendable homelands. Crossing the Baltic Sea is also an obvious option that offers the Danes several access points into Eastern Europe without having to deal with the Imperial forces in Saxony. It is more than little ironic that the Catholic powers of Europe that have secured Denmark's future are now the main obstacles to seeing that future improve.

Has a good all-round mix of units, with the infantry preferring to wield swords or axes instead of spears. 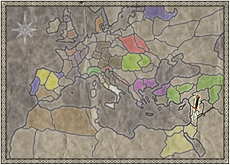 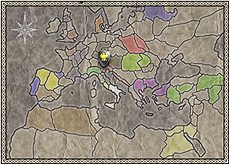