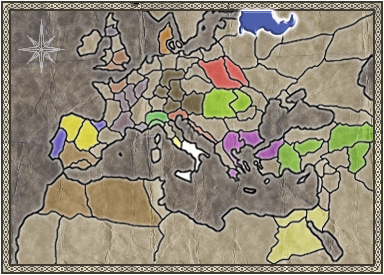 The Rus' are a people divided, though that is hardly a character judgement for the folk who live in the largest single kingdom in Europe. Kiev may actually be the royal capital of this Kingdom, and the site where the Rus' embraced Christianity, but it is far to the north that the true power of the realm currently lies. Positioned just off the eastern end of the Baltic Sea, Novgorod is presently one of the most important trade hubs in the region, while in Kiev, disputes over succession have destroyed any sense of organisation or unity.

With the royal court in Kiev in such disarray, it would seem that any immediate military campaigns should be launched from around the trade capital of Novgorod. In fact, the first order for Vsevolod, Grand Duke of Kiev is to re-assert his undisputed control all the way down to the capital to the south. Should he manage this, the Rus' will be free to unify all of the steppes into the mightiest power of the east.

Simple and obvious in principle, this plan will require swift and decisive action. The fledgling kingdoms of Poland and Hungary to the southwest are just as well placed to move and assume control of the Rus' capital. Byzantium to the south is also desperate to restore its former glory by taking new territories, and it was only through Vsevolod's marriage to the Byzantine princess Maria that prevented the empire from striking back at the Rus' after they failed in their assault of Constantinople. They will not forget that they defeated the Rus' so recently...

This is not something that the present Rus' army should forget either. Unless they can start recruiting from several population centres at once again, they will not be able to field a force capable of stopping any of the serious foreign powers at all.

Has a great mix of missile and melee cavalry. 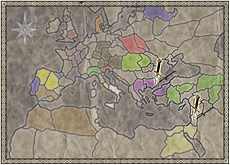 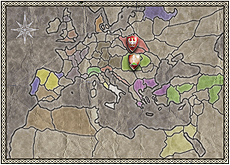