(Redirected from TWA Age Of Charlemagne) 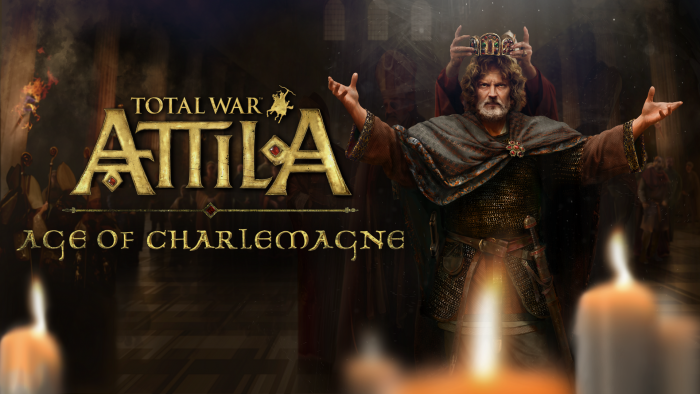 Age Of Charlemagne - What is it?

The world lays in tatters, exhausted, bleeding, scarred and burnt, the people desperate. But even after the apocalypse there are men willing to give everything to return to light, to knowledge, to civilisation. Whatever the cost, and whatever the means... It is the age of a chosen few, an age of greatness, when the first true kings built vast kingdoms from the ashes of past empires... it is the Age of Charlemagne.

The year is 768 CE and, after the death of his father, Charlemagne is to share the Frankish throne alongside his brother. A situation that ill-befits a man of his vision, and their relationship clouds as he feels the fiery blood of his grandfather, Charles Martel, stir in his veins. Friends, enemies and opportunity populate a continent tired of conflict, the people eager for peace. Charlemagne finds himself at the head of a new age of education, religion and warfare, and sees all as tools to unite, stabilise… and expand.

The Saxons, the Saracens and the Vikings will all have something to say to a man of such ambition.

It will take guile, charm, intelligence and ruthlessness to succeed above all others.

Charles the Great, King of the Franks, the Father of Europe. Will you make your mark in his image, or will you become your own king? 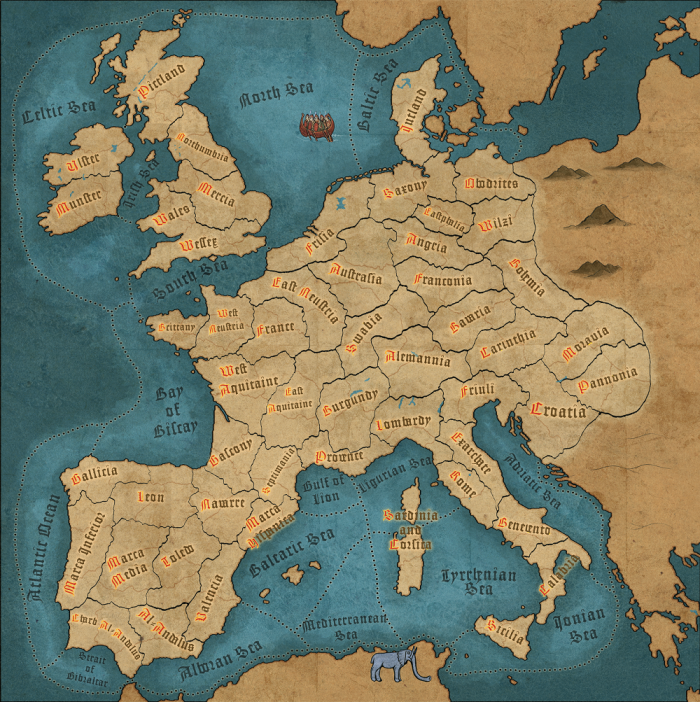 The brand new Age of Charlemagne Campaign map is focussed in on Europe from the year 768 CE. With 52 conquerable provinces, it provides a detailed and vibrant geopolitical starting position, offering hundreds of hours of potential gameplay.

The User Interface is now resplendent in a style inspired by the art of the Middle Ages. Influences ranging from illuminated manuscripts and early stained glass work will lend colour and atmosphere to your campaign.

Age of Charlemagne is an epic expansion for Total War: Attila, set in the Middle Ages on an sprawling new campaign map of Europe.

There have been kings and kingdoms before, but this is a time where truly great men united entire nations, built lasting legacies and defined what it meant to be a king. Can you be counted amongst them?

You’ll face a new age, but an exhausted world, weary of conflict and battle. New technologies and new ways of waging war will only get you so far. A good king is a shrewd man, who knows precisely how far his people can be pushed. Do not mistake a reluctance to go to war as a sign that a nation is unprepared for it. Europe remains a melting pot of conflicting ideologies and long held distrust. While the old Empire is now a fading memory, the threats and consequences of its passing echo, resonating in new dangers and pressures for fledgling nations.

Opportunity presents itself in tying together vast new kingdoms, powerful new states that can be marshalled under a banner of civilisation drawn from ashes. Greatness awaits you, if you have the steel and vision of Charlemagne.

Age of Charlemagne includes a diverse selection of playable factions, each one featuring its own faction traits, unit roster and unique and challenging conditions under which they can be named a ‘kingdom’ in their own right.

- Kingdom of the Danes

- Kingdom of the Lombards

Age of Charlemagne includes all new units to better reflect the advancing warfare of the period, characterised by more heavily armed and armoured infantry and an increasing prevalence of cavalry of all categories, especially the emergence of knights in the Norman style for the first time. With over 300 new units, you will have the opportunity to recruit iconic military forces of the period, such as Thegns, Fyrd Axemen, Scola Knights, Berber Jinetes, Gazehounds and the feared Seax-armed Saxon warriors.

The sign of a great true king is in knowing how far your people can be pushed. Wars are significant and dramatic events between kingdoms, and should not be undertaken lightly. The fewer wars you wage the better your people will respond, as frequent and drawn out conflict will rapidly damage morale and your armies’ integrity. A shrewd ruler will seek to bring peace quickly and decisively.

Each playable faction has a unique set of challenging ‘Kingdom’ requirements to meet for the dedicated and shrewd player. Once achieved, you will be able to declare a new Kingdom name for your faction, reflecting or altering history in your wake. In addition, each faction will receive tailored narrative Story Events, offering you distinct challenges and dilemmas as your Campaign unfolds. Historically-inspired, some choices will lead you further to that faction’s original destiny, or you may choose to carve a new path of your own.

Age of Charlemagne features many technologies and buildings that reflect the new period; significantly, you’ll encounter and leverage those that inspire the emerging ideas of Feudalism and Chivalry as your campaign progresses. Many buildings also now give bonuses to adjacent provinces as well as their own, allowing for more specialisation within the different geographic areas of your kingdom and chaining combinations of benefits across your lands. In addition, while conflict will always dog you, victory conditions that reward a less military-focussed approach are achievable; testing your mettle as both a compassionate and cunning ruler.

You will find Agents more specialised than before, with Assassins, Spies and Priests (or Imams) focused on a more powerful but specific ability set rather than being more useful in all situations. Alongside your Generals, Agents also receive all new skill trees with more variation in the branches available to them. This provides greater choices in how you develop and specialise them over time. Finally, the new Army and Navy Legacies will focus on bonuses that reward distinct playstyles.