Kingdom of the Danes (TWA faction) 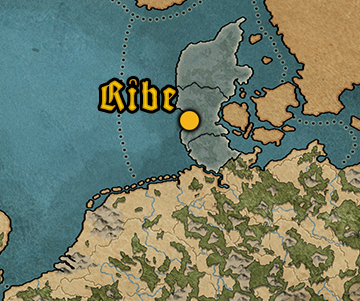 The only thing more dangerous than a cornered animal is a cornered, warlike kingdom. The Danes, hemmed into the Jutland Peninsula by the belligerence of Charlemagne, swindled by Christian merchants and failed by their crops, represent just such a kingdom. For centuries, the Scandinavian warrior societies were defined by their highly aggressive nature, but until now, their relations with the rest of the world have been primarily peaceful – defined by the unusual trading reach their superior vessels provided them. Now, troubles within and without have transformed the prevailing attitude into one of open belligerence and disregard for Christian borders. However, the Danes’ population now exceeds the capacity of their lands, forcing them to turn to raiding and pillaging for sustenance. This, in combination with the privations forced upon them by their intolerant, pious, Christian neighbours, has forced them to take action. As the Christian world, led by Charlemagne, seeks to choke the life out of paganism, the Danes will lead the counterattack. With the aid of their famed longboats, no land is beyond the reach of their lightning raids – the brutal Viking warriors - who fear only an ignominious, shameful death - will return laden with loot, drenched in the salty sea and the blood of their pathetic, cowering foes!

Income: +75% from sacking, looting and raiding

The following is an unofficial video by community member Officially Devin and as such any views or opinions expressed in it are those of the creator and do not necessarily represent the views or opinions of Creative Assembly or SEGA. If you like their video, please consider subscribing to their channel!