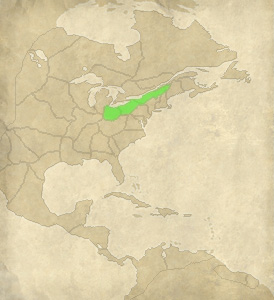 The Iroquois Confederacy represent an alliance of six native tribes who share a common language and homeland in the north west of America. They call themselves "Haudenosaunee", loosely translated as "People of the Longhouse". During their tenure in America the French named them "Iroquois", a word derived from the Huron-Wyandot word meaning "Black Snake". The hostility between the Iroquois and their neighbours is the result of conflicts over fur trading. The Huron-Wyandot traded with the French and, because of this, the Iroquois naturally found themselves allied with the British. This aided them in battle, eventually contributing to the expulsion of the French from America. They also supported Great Britain during the American War of Independence, something that now places them at odds with the United States. Fortunately the Iroquois are masters of irregular warfare: appearing from the undergrowth, striking at their targets, and disappearing again as quickly as they arrived. What they lack in terms of technology and firepower, the Iroquois make up for with guile, cunning, and ruthless brutality when on the warpath.

Capture and hold 14 regions by the end of the year 1813, including the regions shown. Upper Canada, New York, Michigan Territory

Capture and hold 30 regions by the end of the year 1828, including the regions shown. Iroquois Territory 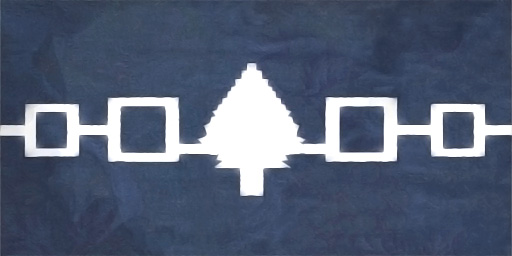