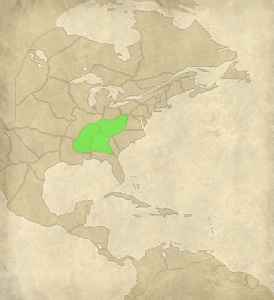 The Cherokee are the largest and most powerful of the Native American Nations, yet their position remains a fragile one. As the campaign begins they are almost entirely surrounded by settlers from Europe. The Spanish occupy Florida and Louisiana to the south and west, and the United States lies to the north and east. Despite this proximity, the Cherokee have remained fairly isolated from their neighbours due to the mountaineous topography of their homelands. They regularly trade with the United States, but are hostile to the expansionist Spanish, allowing other, smaller tribes to settle between them to create a buffer against any European expansion. Occasionally, tribal tensions erupt into violence, as the Cherokee are largely hostile to other peoples and are protective of their own interests. Maybe it is this suspicious nature and need to compete that has helped keep Cherokee population levels high throughout their turbulent history? Certainly, this approach has aided their rise to supremacy in this corner of America.

Capture and hold 13 regions by the end of the year 1813, including the regions shown. Lower Louisiana, Ohio Territory, Carolinas

Capture and hold 30 regions by the end of the year 1828, including the regions shown. Cherokee Territory 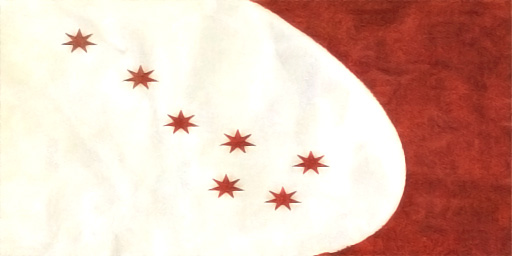