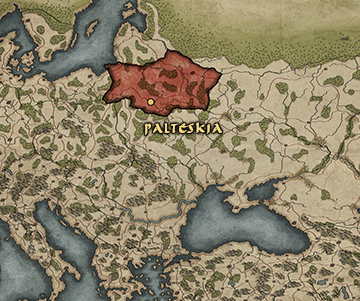 The true origins of the Venedians are shrouded in confusion, the Romans incorrectly classifying them as a Germanic people. With typical Roman snobbish arrogance, Ptolemy described their squalid living conditions and their "repulsive" appearance. Despite these scathing remarks, the Venedians have endured, becoming so populous that they have branched into two separate groups; Eastern Roman scholars make specific mention of the Venedians as the "fathers" of many of the other Slavic peoples. Although considered a guiding light in the gloom of the upcoming 5th century CE, the path ahead will not be easy - Huns, Romans and barbarians all encroach on Venedian territory. Yet if they can hold their nerve, and never cower to the mighty or the desperate, they may rise to inherit the world beyond!

Combining major farming bonuses with the Slavic Nations cultural trait, the Venedians excel at colonising and building their economy around agriculture. They also have a unique event chain which majorly improves their diplomatic relations with the Huns over time, making them well-placed to avoid the worst ravages of the apocalypse.

Faction trait: In Touch With The Ground