Syracuse is no stranger to war, fiercely championing its independence throughout its long, bloody history. A string of tyrannical leaders dominate that history, defending Syracusan sovereignty against fellow Greeks, Carthaginians and threats from within through a series of treacherous and gruelling wars.

In spite of these trials, it has become renowned throughout the ancient world as a centre for culture and science: as home to a great theatre and inventors such as Archimedes, who resides there currently. Syracuse is also a wealthy state, profiting from its prime position in the central Mediterranean.

Despite this, there are still those who would see the Syracusans brought to heel; both Rome and Carthage have reasons to mistrust them. Although the tyrant Hiero II aided Carthage against Rome in the opening stages of their first war, he later made peace with the Romans, entering into an alliance that is still in place to this day. However, Rome wishes to extend its domination to the whole of the Italian peninsula, including the island of Sicily on which Syracuse sits. Ultimately, either regional superpower would like to count Syracuse amongst its possessions. And, now that Carthage and Rome are at war once again, it stands on a precipice between them; will the alliance with Rome hold true, or will Syracuse forge its own destiny?

Progress is a core principle to Syracuse and as such, wealth and scientific breakthroughs come easily to the city-state. However, where prosperity leads, avarice often follows, and provinces under Syracusan control suffer from a notable level of corruption. 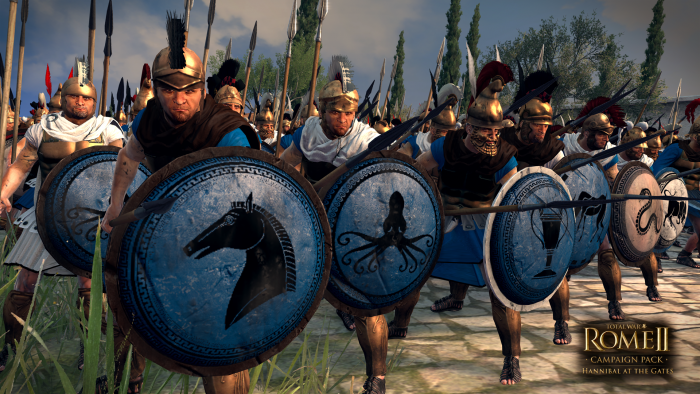