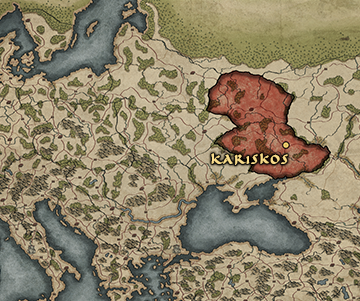 The Sclavenians are an aggressive Slavic people who descended from the east, taking advantage of the thinly-spread Imperial armies and raiding Thrace and Illyricum - intent on finding both loot and a place to settle. Inevitably, this has drawn the ire of the beleaguered, but nevertheless still proud and mighty Roman Empire. Now, as the 4th century CE ebbs away, the 5th promises to be a time of unending challenges. Yet the Sclavenians are possessed of a fierce and irresistible temperament, showing time and time again that they are capable of mighty feats and that the future will be no different!

With a faction trait geared specifically towards slaying Nomad factions – and profiting well from it – the Sclavenians are the world’s best hope for defeating the Huns!

Faction trait: Horned Is The Hunter