The Lusitani lived in Iberia long before Carthage and Rome disturbed the region, and they will remain long after their oppressors have left. They are, like their distant cousins the Suebi, not a single clan but a confederation of smaller tribes, working together for defensive purposes and mutual gain.

The Lusitani are fierce and agile warriors, suited to guerrilla warfare – making them excellent light infantry mercenaries – and their women are known to fight alongside the men, such is the fierceness of their culture.

Originating from the Douro valley in what is now Portugal, the Lusitani gradually spread south, eventually reaching and settling on either side of the Tagus river. The Lusitanian pantheon was very diverse, though they primarily worshipped Endovelicus, god of the people's welfare, as their chief deity. Ataegina was also popular, particularly in the south, as the goddess of nature and fertility. Like many other cultures of the time, the Lusitani were known to sacrifice animals in tribute to their gods.

As Hannibal's Carthaginian army marches through lands previously controlled by Rome, there is opportunity for the Lusitani to expand beyond their bounds to claim back Iberia from its invaders. However, though there may be prudence in caution, even fraternisation, with the enemy at first, eventually they must be expelled from the land!

A proud tribal people, the Lusitani place great stock in the act of sacrifice, and even the lowliest Lusitani recruit fights with greater savagery than his rank might imply. However, their cultural pride prevents them from empathising well with other factions at the diplomacy table. 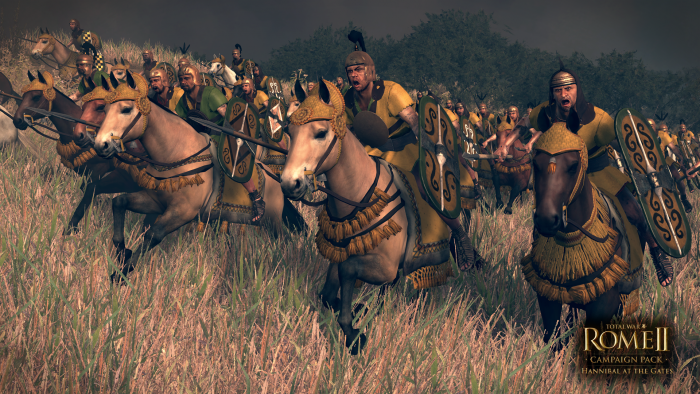