Far to the east of the Black Sea, at the very edge of the Greek world, lies Colchis. A place of legend, it is said to have been the final destination on Jason’s quest for the Golden Fleece.

Around the 6th century BCE, Greek traders from Militus arrived to construct a thriving mercantile economy from this former Persian satrapy. Its current ruler controls a powerful Greek trading state with strong Scythian influences and a nobility who extol the finest qualities of both cultures. His warriors fight in the Greek fashion, yet the ferocity of their nomadic past is very much alive. As such, Colchis has set out to conquer much of the land around it - to absorb further Scythian tribes, and as many former-Persian lands as possible, into his burgeoning empire.

Colchis profits well from its position as a crossroads for many trade-routes, and other cultures are welcomed into it its lands. In fact, it has assimilated much of Eastern culture into both its civilian and its military, making for a unique hybrid of skills on the battlefields. 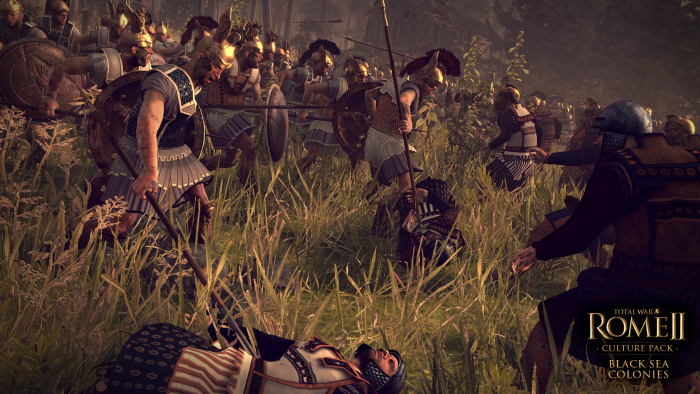