The Arevaci are a warlike people. From their Celtic origins in northern central Iberia, they have expanded east and southwest through migration and conquest, displacing a number of other tribes in the process.

Their capital is Numantia, east of the great 'Meseta Central' plateau that runs through the heart of Iberia. The region's topography lends itself to the mass 'transhumance', or livestock migration, to the grassy lowlands of the Ebro valley, which provides the Arevaci's chief food supply. Chiefly a militaristic society, they also hold the rite of 'excarnation', the practice of leaving dead warriors' bodies on their funeral litters so flesh and organs can be stripped by vultures.

By the middle of the 3rd century BCE, Roman and Carthaginian expansionism has brought both to the Arevaci's door, although it is now Hannibal's grand mercenary army that shares their border. This places difficult choices before them; both superpowers have interfered in Iberia for far too long, yet it is not possible to take on Rome and Carthage at the same time, despite the Arevaci's knowledge of the terrain, their superb fighting prowess, and alliances with other tribal peoples. For now, they maintain their neutrality, but it cannot last. Someone must control the Iberian peninsula, could it be the Arevaci?

The noble horsemen of the Arevaci are proud warriors, and are noted for fighting with great conviction. However, the Arevaci’s sense of unity with other local tribes can be a double-edged sword. While they treat well with fellow Iberian factions, their people abhor the presence of foreign cultures, the proximity of which can cause significant public order problems. 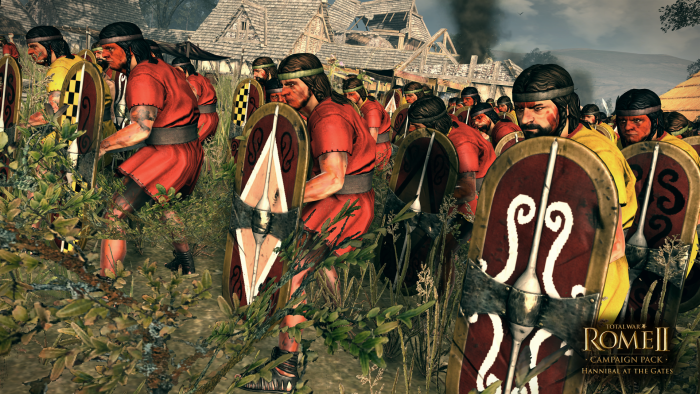