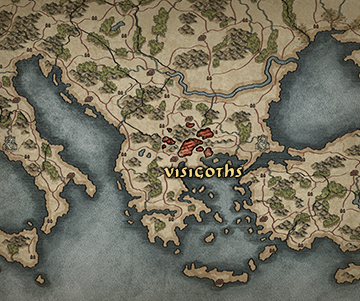 “The reluctant arbiters of barbarian vengeance, the Visigoths have sworn to repay the Romans in full for decades of abuse at their hands.”

The ravages of the Huns forced them to petition the Roman Emperor Valens for sanctuary in his lands. Although he accepted, local generals brutally extorted the refugees, driving them to open rebellion. Whilst attempting to deal with the Visigoths the impetuous Valens was slain on the battlefield. A period of peace followed until the Visigoths, under Alaric, fought against the Franks in support of the Emperor Theodosius I. Despite their victory, they were denied their reward by Emperor Theodosius. Now, seeking revenge, Alaric has set his sights on the city of Rome itself...

As the campaign begins, the Visigoths find themselves in Macedonia, with many choices before them. Head north into the unknown hinterlands, strike locally and arouse the wrath of the Eastern Roman Empire, or raid westward, and take advantage of the weakening Western Roman Empire? A people accustomed to taking what the world offers, the Visigoths rarely go hungry, and exact a heavy price on any factions they annexed into tributary states. 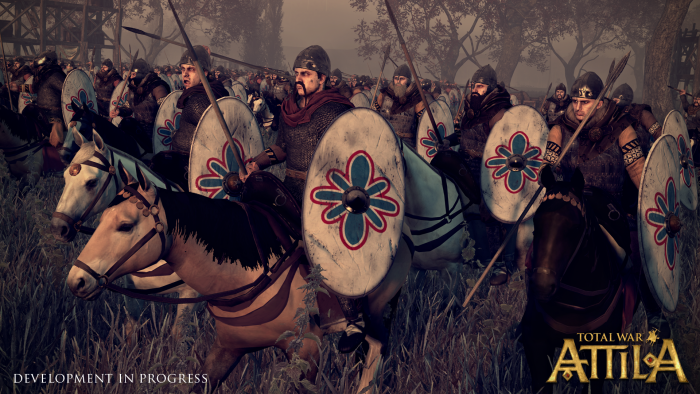