With every aspect of their lives and society geared towards warfare, Sparta dominated the Greek world and continues to produce arguably the finest soldiers of the Hellenic period. Trained and hardened in the Spartan Agoge and Krypteia, their warriors and leaders are the embodiment of military discipline and virtue.

Composed of The Spartiates (the citizens), The Periokoi (a class of free, non-citizen merchants and traders) and The Helots (a slave class of agricultural labourers), the Lacedaemonian state was an efficient, if brutal, war machine. Where the slaves of Athens enabled its citizens to pursue art and philosophy, the slaves and non-citizens of Sparta enabled their citizens to pursue warrior perfection as soldiers and champions. Few have fought toe-to-toe with the Royal Spartans and lived to tell the tale.

Having played a prominent role in the Greco-Persian War, including the legendary stand of the 300 at Thermopylae, and after victory in the Peloponnesus, Sparta’s power and dominance only began to wane following their defeat at the Battle of Leuctra, in 371 BCE, during the aftermath of the Corinthian War. They were eventually forced to submit and join the League of Corinth, under Phillip II of Macedon, following the massacre at the Siege of Megalopolis in 331 BCE.

What course Sparta will take now is unclear. Historically, it became an ally of Rome during the Punic Wars. Whether it will follow this path, or conquer Alexander’s former territories, reclaiming its former glory, who can say?

Trained to a level of martial prowess few others achieve, Spartan troops are excellent warriors, and, due to their oppression of the Helot people, they suffer less public discontent due to slavery than other factions. However, due to their Laconic austerity and focus on military training, Sparta benefits less from natural resources. 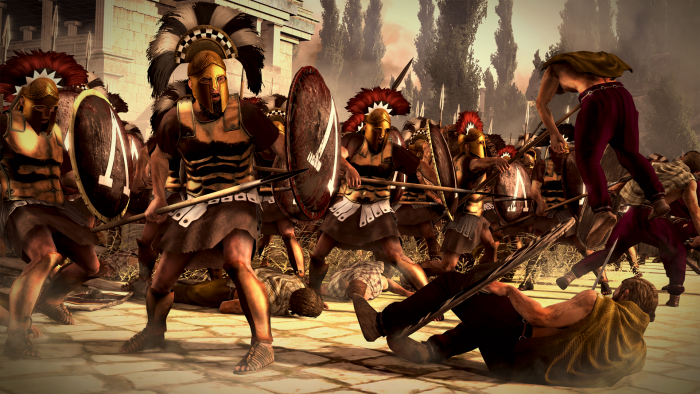