Although eventually embracing many eastern customs, the Seleucids are renowned for their city building and civil engineering, driving Greek colonisation and Hellenization. Furnished with expert cavalry, including cataphracts, horse skirmishers and war elephants, Seleucid armies also sport a solid core of excellent spear and pike infantry provided by a growing number of Greek-speaking colonists.

As the campaign begins, such measures are a necessity when faced with the continuing threat from their Ptolemaic Egyptian neighbours and upheaval among the Seleucid's satrapies. Ever the opportunists however, the Seleucid kings may yet turn the tables, bringing much of Alexander’s former western empire under their sway.

Founded by Seleucus Nicator, or Seleucus the Victor, at its height the vast Seleucid Empire stretched from western Anatolia as far east as the Indus River. During the turmoil of the Wars of the Successors, the Seleucids were able to claim and expand Alexander the Great’s eastern empire, as well as parts of Asia Minor.

Seleucus sealed his overall victory at the Battle of Ipsus in 301 BCE. Fielding 500 war elephants, gained through negotiating peace on his eastern border with the Emperor Chandragupta Maurya, his forces proved decisive. The territory under his control contained a diverse range of eastern subcultures, which rapidly became Hellenized by the ruling Macedonian elite and a flood of Greek settlers.

Despite a sometimes precarious position at home, the Seleucids now plan to expand. But where? Into Ptolemaic Egypt? Or beyond, to Alexander’s former western empire in Greece and Macedon? Influenced by their cultural assimilation of eastern culture, The Seleucids have little tolerance for the concept and practice of slavery. As a heavily multicultural society, they also suffer less from public order issues arising from foreign cultures entering their territories. In battle, the Seleucids have access to a wide-ranging roster; as such, they can field capable, balanced and incredibly diverse armies and navies. 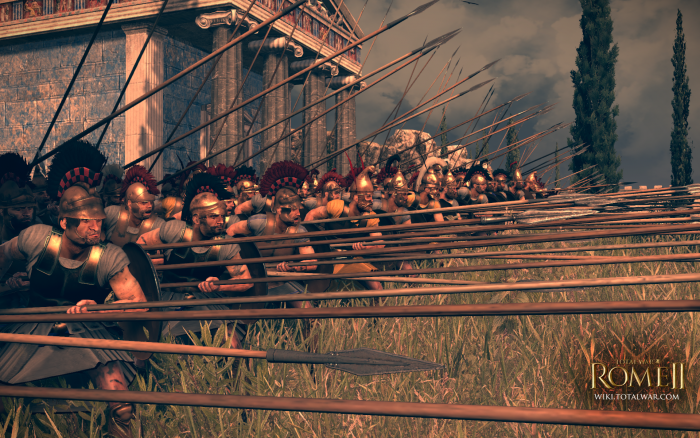