In their own eyes, the Royal Scythians are better than everyone else. This is not their problem, but a simple truth. All other tribes, even other Scythians, are no better than slaves and deserving of the same level of consideration, which is to say absolutely none: such is the fierceness of their pride.

According to legend, all Royal Scythians are descended from Colaxais, the youngest of three brothers, and the one who was given divine golden gifts. The favour of the gods has stayed with his descendants ever since. Golden they might be, but the Royal Scythians can still see that there are rich pickings to be had among the ‘civilized’ folk to the south and west of their steppes.

The Scythians were regarded as dangerous barbarians by the Greeks and other civilized peoples, and when faced with the crushing charge of the Scythian Royal Horse, few would disagree. The writings of Herodotus explain nearly all of Scythian culture by reference to Greek equivalents, and the Scythian versions are usually found wanting. To be fair, Herodotus was a product of his time and background. Nonetheless, the Scythians do seem to have been uniquely uncompromising in their approach to war and personal violence, and this seems to have added to their aura of dread.

As a nomadic people, The Scythians are adept raiders, and capable of recruiting troops at a rapid rate from their home province. They are noted for their craftsmanship and the profit this brings, and their skill with the bow is known far and wide. However, their culture lies at odds with that of the Hellenic States, resulting in a lack of common ground in parley. 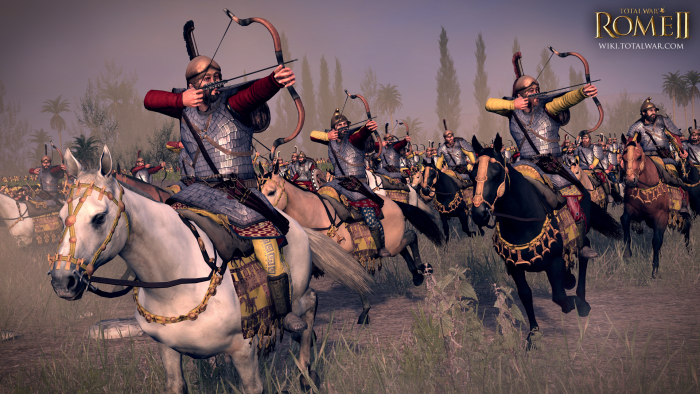