The Roman Republic is in a period of major growth. Pyrrhus and his invading Greek warriors have been driven from the shores of Italy, and the burgeoning Republic boasts the military muscle to match its ambition. Rome is the dominant power on the Italian peninsula, and stands at a turning point in history. But to expand, she must conquer. To the North lies the Etruscan League, and beyond, the Barbarian lands. To the east lie the Greeks, and to the south and west, the Carthaginians… 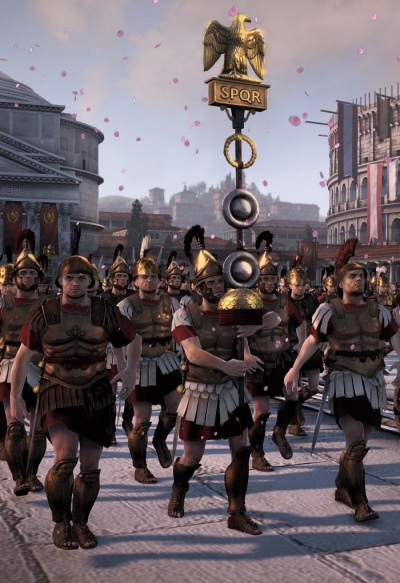 Since throwing off the rule of the Etruscan Kings in around 500 BCE, the Roman Republic has come to represent a power like no other. Military service is mandatory for citizens, and one of the most profound contributions a citizen can make. This makes the Republic militaristic at its very heart.

The strength of the Roman army lies in organisation, discipline and strict tactical doctrine. Well-drilled, well-equipped heavy infantry form the backbone of the army. The young, lightly armoured hastati man the frontlines. Behind them stand the more skilled, chainmail-clad principes. The oldest and most experienced warriors – the bronze-armoured triarii – hold the rear. These monolithic formations are supported by the Roman cavalry, or equites.

As a playable faction, Rome benefits economically from its excellence in metalwork, enjoys enhanced military development, and can exploit the masses in order to maintain public order. Furthermore, the player will choose to conduct the affairs of Rome as the head of one of three great Roman houses: The Julia, The Cornelia, and the Junia, each of which brings further economic, military and cultural benefits. 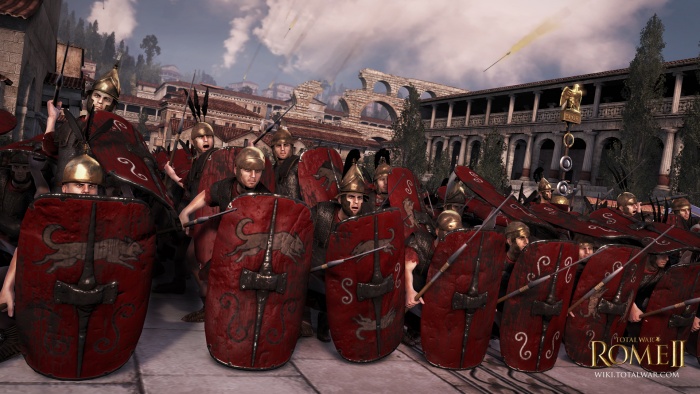