A mountainous region bordering the Black Sea, Pontus contains many fertile river valleys and ports upon which its largely agricultural and trade economy is based. This geography and location also dictate a military focus on infantry and warships. However, a mixture of Greek and Persian influences ensures the forces of Pontus are both advanced and reliable. Their bronze-shield pikemen represent a formidable military backbone, and their swift, deadly scythed chariots are rightly feared.

Its prized commodities, and the opportunism of its well-informed rulers, have enabled Pontus to remain one of the strongest Hellenistic states in existence. With connections throughout the ancient world, largely due to control of Black Sea trade and exports of timber, precious metals and valuable steel, Pontic agents are perfectly placed to gather information on their enemies abroad.

Originally of Persian origin and part of the former satrapy of Cappadocia, Pontus became a client state under Antigonus in 333 BCE, after Alexander swept Darius' empire away. Essentially, Pontus is now a collection of Greek colonies, ruled by a re-emergent Persian dynasty. In 302 BCE, under Mithridates Ktistes (‘The Founder’), it split from the Macedonian empire during the turmoil of the Wars of the Successors. Having successfully repulsed an invasion by Ptolemy of Egypt, Pontus is now poised to expand across Asia Minor, on into mainland Greece and beyond.

A progressive kingdom, Pontus enjoys healthy diplomatic dialogue with Greek states and successor kingdoms, and is noted for its resolution in battle, particularly against barbarian forces. However, the forsaking of its Persian origins means that eastern cultural influences within its provinces yield diminished public order benefits. 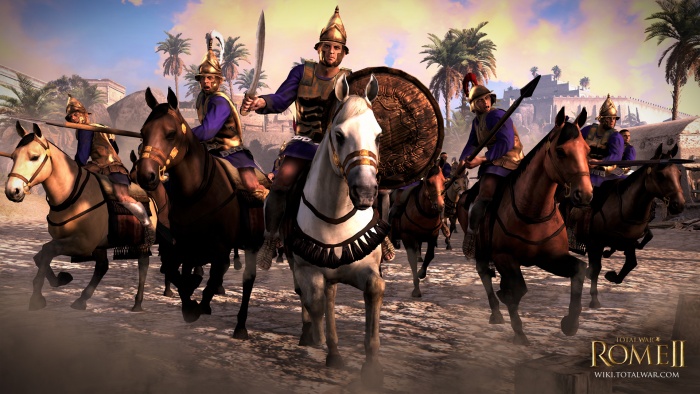 Pontus was available day one through a free content update to the core Total War: Rome II game.