Although a minor player up to that point, Pergamon came to prominence during the struggle of Alexander the Great’s Successors for control of his fragmented empire. When Seleucus was murdered shortly after killing Lysimachus, the lieutenant Philaeterus controlled the fortress city, albeit as a protectorate of the Seleucids.

Gradually, their influence has declined, enabling Philaeterus to lead Pergamon into a new golden age of culture and learning, building an impressive acropolis and a temple to Athena, Pergamon’s patron goddess. However, Pergamon is not yet a kingdom in the truest sense, and the time is right for expansion beyond its current borders. Yet there are new threats to be faced from Galatia, the duplicitous, expansionist Pontus and Cappadocia. Pergamon must be strong to meet these growing threats to its sovereignty; it must show them how a true Successor state survives.

A blend of Greek and Galatian weapons and techniques makes Pergamom a force to be reckoned with on the battlefield, despite the fact that her military costs are greater than others. In civic matters, excellent architectural knowledge and city management skills brings Pergamom reduced building costs and flourishing populations. 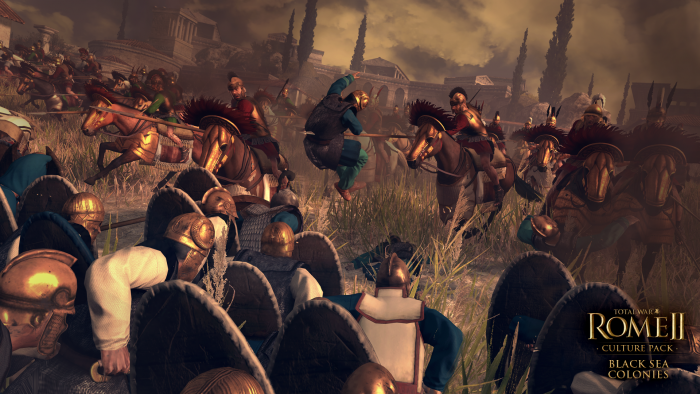