One of the major clans of the lands of Kyushu, the Otomo were among the first to make contact with the Europeans – regularly trading with the Portuguese, and eventually converting to the Christian faith.

As pioneers of gunpowder in Japan, the Otomo bring that renowned expertise to the battlefield. The Otomo introduce four new land units and a new naval unit. Leased land (one building slot per city) provides a core injection of wealth if traded to the Portuguese, and a new building subchain brings the Hospital, Jesuit Seminary and Jesuit College to your campaign to provide major bonuses to the spread of Christianity. 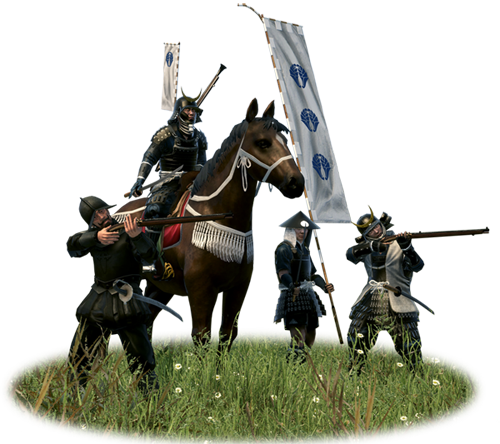 Here’s a full breakdown of what’s included in the DLC:

Armed with matchlock rifles and swords, clad in iron breastplates and Spanish Morion helmets, the Tercos can lay down withering hails of fire, and give a solid performance in melee.

Mounted troops armed with the fearsome, fluted Donderbuss rifle – the forerunner of the modern shotgun. These ranged units can be swiftly positioned to gouge at an enemy’s flanks, or punch the wind out of his cavalry charges before they even arrive.

Armed with matchlock arquebuses to unleash massed volleys of long-range gunfire upon the enemy, these units fight with religious fervour, which increases the accuracy of their fire and enables them to reload at a faster rate than standard Matchlock Ashigaru.

With their accurate volleys of rifle-fire, Otomo Matchlock Samurai are ideal at weakening enemy units before a charge. Benefitting from their Samurai training, they fire with greater accuracy and reload more swiftly than their Ashigaru brethren.

A very light and fast ship carrying a small detachment of musket-armed soldiers whose Christian fervour and familiarity with matchlocks enables them to shoot more accurately and reload at a faster rate than standard Matchclock-bearing Kobaya.

The following alterations to the standard Shogun 2 tech tree apply to the Otomo clan: 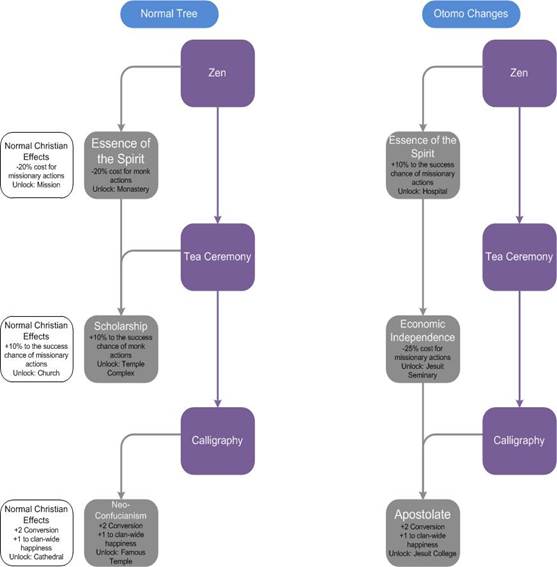 The following tweaks have been made to unit balancing based on community feedback.

The optimisation patch for Shogun 2 brings with it a host of key improvements that we’ve made to the core Shogun 2 experience since its release last year. If you own Shogun 2 and Fall of the Samurai, this patch will reduce the hard-drive footprint of your install by 6.6gb (22.4%). If you just own one, you’ll still see an install size reduction.

A series of bugfixes and other optimisation tweaks.

The patch will deploy for all users, whether they purchase the DLC or not, at the same time the Otomo clan is released.