A Celto-Germanic people, the Nervii were the most fierce – and fearless – of the Belgae tribes inhabiting northern Gaul, and renowned for their courage.

At the Battle of Sabis in 57 BCE, where their surprise attack almost defeated Caesar’s legions, they fought until only 500 of their original 60,000 warriors remained. Such bravery was at the heart of their culture, which was Spartan-like in both outlook and reputation. The Nervii would eschew all luxury, especially alcohol, which they perceived made the body and spirit weak. Instead, they pursued the traditions of their Celtic and Germanic origins, venerating the cult of the hero-warrior. As such, their kings and chieftains were chosen due to their martial prowess and wise leadership.

With such great emphasis placed on an individual’s skill and bravery in battle, the Nervii rarely used cavalry and missile weapons, apart from javelin-like lances. They instead favoured ambushes and lightning assaults to close quickly with their enemy and prove their mettle.

At the start of their campaign the Nervii have cordial ties to neighbouring tribes such as the Atrebates and Viromandui, as well as the wider Belgae tribal network stretching as far as Britannia. As such, they are in an excellent position to strengthen these bonds while moving deeper into Gaul. In fact, their fearsome reputation and skill in battle makes Nervii expansion further to the east or south highly probable…

Fearless warriors, the Nervii enjoy a boost to morale in friendly territories, and are also highly skilled ambushers. However, they lead an austere existence, resulting in lower industrial and commercial income than most. 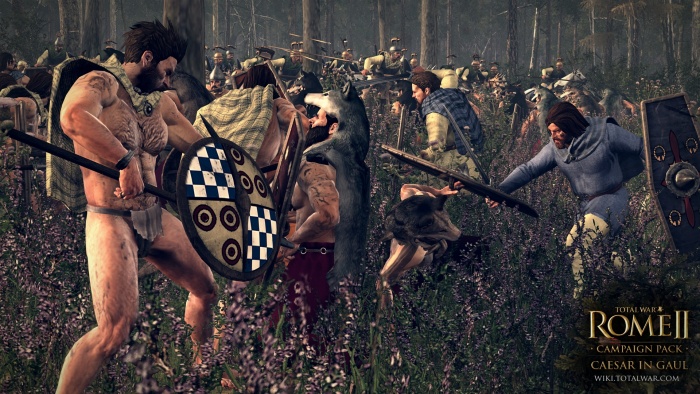