The Greeks formed their colony at Massilia around 600 BCE. Coming from Phocaea, they intended to harvest the region’s resources, and conduct trade from Massilia’s natural harbour.

By the beginning of the 4th century BCE, the former trading post had blossomed into one of the busiest ports in the Mediterranean, its tendrils even reaching up into Gaul along the Rhone and Durance rivers. Massilia is run as an oligarchy, an assembly headed by noble families. The population are a hybrid of Greek settlers, Gallic locals and others pulled to the city by trade.

Despite a level of cultural integration, some Gallic tribes still see the city as a prize. Carthage, too, wants to control or destroy their trading rival. Both want Massilia’s great wealth for themselves, and will stop at nothing to take it.

Massilia is a state of skilled traders and eloquent diplomats, but being somewhat conservative, the populace is less tolerant of foreign cultures within its boundaries. In battle, her warriors demonstrate a blend of Gallic and Greek martial techniques and armaments. 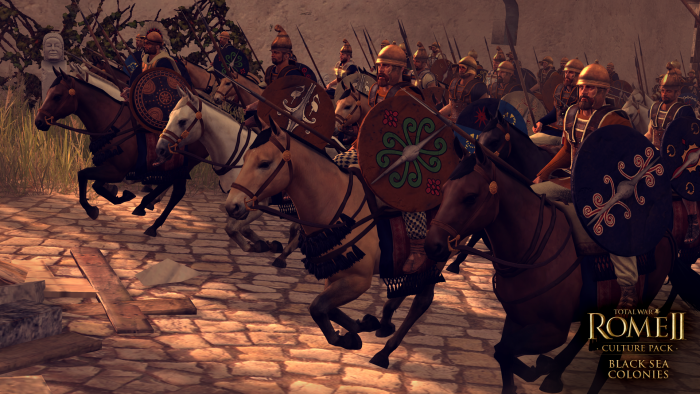