Desperate to reclaim its past glory, Macedon finds itself locked into its pre-Alexandrian borders by the Illyrians, Thracians and Greek city states on all sides. Can the Macedonian Empire rise again under a new Alexander?

Macedon is an administration, with the king holding power and governing in the name of the people. This distinction extends to the treasury, fuelled by an economy of agriculture, forestry and the taxation of ports, the exception being the gold and silver mines granted to the king.

Macedon’s armies remain set on the pattern developed by Phillip II and Alexander, focusing primarily on infantry and cavalry, and led by heroic commanders. Little has changed in terms of tactics, technology or siegecraft since the glory days, with a continuation of Alexander’s hoplite reforms and reliance on the famed Companion and Thessalian cavalry. Never a strong naval power, Macedon has long relied upon its sea-faring Hellenistic subjects, such as Athens and Rhodes.

As a Successor State, Macedon gains advantages when fighting other Hellenic factions, and enjoys improved income and provincial growth from every client state owned. Experienced warriors, the armies of Macedon also have an advantage when fighting against barbarians.

Under the leadership of Antigonus Gonatus, they are gracious rulers and shrewd tradesmen, enjoying bonuses to income and population happiness. However, the other Hellenistic states find it hard to forgive Macedon’s hegemonic tendencies, and as such, the Macedonian player will have a harder time winning their trust and allegiance. 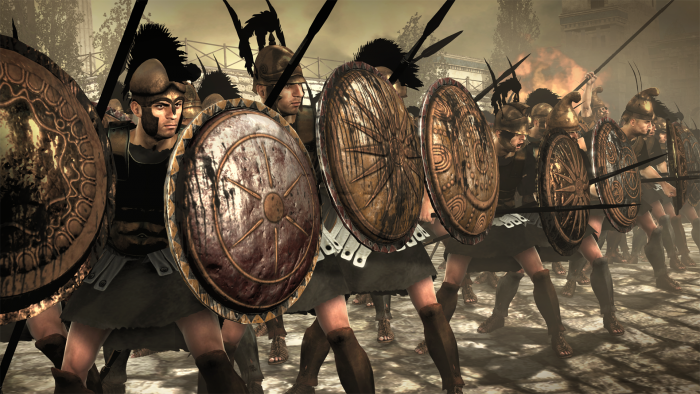