An Iron Age tribe of southern Britain, the Iceni are a proud and fierce people. They inhabit the flatlands, marshes and fens that border the North Sea, south of the Wash. They are practiced raiders, and frequently engage in battle with their tribal neighbours, the Coritani and Atrebates.

The Iceni principally make use of infantry when at war. Equipped with large oval or sub-rectangular shields and either a sword or spear, their main distinction from the Celtic tribes of the continent is the practice of painting or tattooing their skin, combined with a greater use of slings in battle. Although light cavalry are used, the Iceni and other British tribes are famed for their highly manoeuvrable war-chariots. After harrying the enemy with javelins, warriors dismount and engage in a fashion similar to the Homeric champions.

Far from simple barbarians, the Iceni have established a capital, known as Venta Icenorum, as well as large religious centres. Although based on agriculture, their economy is sophisticated – they even mint their own coins. Their culture, craft and wealth are illustrated in the form of fantastic gold torques and other jewellery worn by their nobles.

As a playable faction, The Iceni are brave and warlike; invoking the goddess Andraste as they charge into battle drives them to even greater feats of valour. Their expertise with iron makes the resource a particularly effective form of income for the tribe, as does their skill at raiding and looting. And as a warrior society, the happiness of the people increases with every fresh declaration of war.

The Iceni have the potential to dominate the Iron Age tribes of Britain. Beyond their shores lie Celtic Gaul and Iberia… can the Iceni unite them all under their banner? 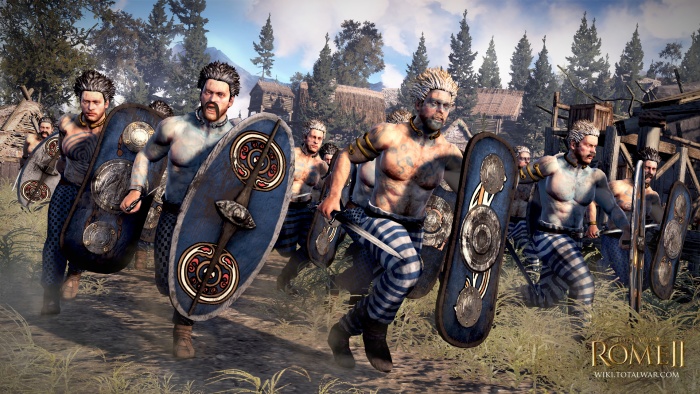