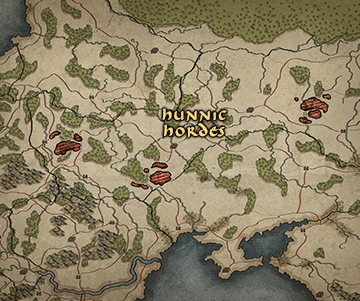 “The aura of terror surrounding the Huns is so great that their enemies are barely able to conceive that they are also human beings.”

In truth, the Huns’ equine expertise is what makes them such formidable foes. In battle, their combination of ranged attacks and the speed with which they can cover ground is breathtaking – and terrifying – to behold. In this way, the Huns have swept into Europe and now threaten Rome itself.

However, they must act swiftly to turn this chaos into an empire. While their leaders’ arguments rage, the horde waits, paralysed, for the arrival of a man. A man powerful enough to unite the Hunnic peoples and bind them to his will…

As the Huns travel across the landscape, they exact a terrible toll on those around them, snatching regional food supplies at will and undermining the enemy’s ability to replenish their armies. Hordes also become more loyal with each fresh declaration of war, and razing settlements brings fresh blood to their ranks. Needless to say, the Huns are fearsome warriors, and to Christian soldiers in particular, they are a monstrous and demoralising force to face on the field of battle. 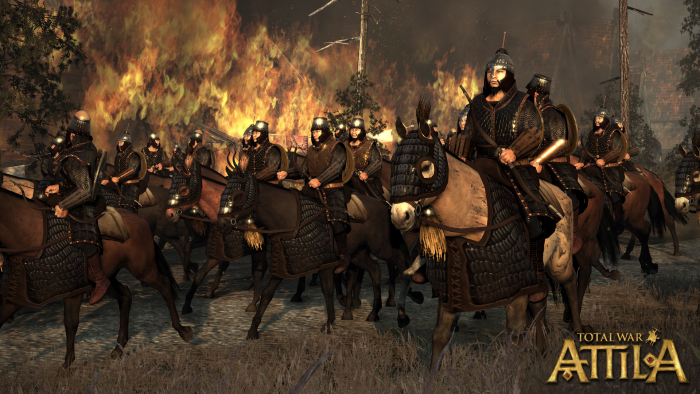