The dynastic wars of the Arabian Peninsula have, at last, been settled. The Sabaean Kingdom is diminished and, in its place, Himyar ascends! Sabaean local power was based, in large part, on overland trade routes, but Himyar has discovered and exploited new sea trade routes to India, making it the principle economic power in southern Arabia. Now, the victorious Shamir Yuhar'ish has declared himself "King of Saba, Dhu Raydan and of Hadramawt and Yamanat" at his coronation, and no one dares challenge this proclamation.

Atop the Raydan mountains the Himyarite capital, Zafar, stands resplendent, dominating the surrounding region and the old Sabaean capital of Ma'rib nearby. Much like Aksum, to the west in the Horn of Africa, Himyar sits astride several important trade routes, enabling it to control the flow of eastern trade through southern Arabia and curry favour with Imperial Rome.

A militaristic people, the Himyarites have always pursued their aims with relentless force, particularly when facing the Aksumites, their neighbours across the Gulf of Aden and hated enemies. Himyar has even recently converted to Judaism, further setting it at odds with Christian Aksum and fuelling the fires of the constant war that rages between them. It has sacrificed much to hold onto a powerful position during a tumultuous time, and will surely seize the future by the force of its will alone! 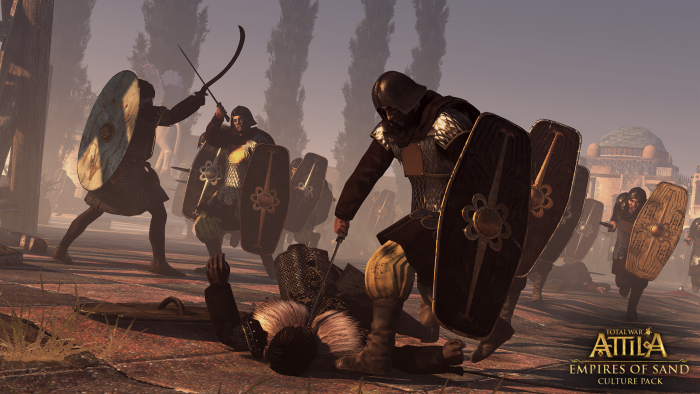