“Legendary ancestors of Beowulf, the Geati manifest all the intrepid boldness of the famous hero.”

From their stronghold on the southern tip of the Swedish peninsula they have naval access to the whole of northern Europe, allowing them to launch frequent raids without fear of retribution. The most glorious of these exploits are told in the Geati’s rich oral tradition, immortalising their leaders and inspiring a new generation to seek glory.

While the arrival of the Huns in Europe has meant disaster for most, for the Geati it is just another opportunity. Recently their king, Gizur, led a force into central Europe to fight alongside the Goths in exchange for Roman gold and goods – there are rich pickings to be gained fighting for the highest bidder in the south. Crisis is blooming in these fertile lands, and the Geati are determined to be at its heart, profiting from it.

Born to raiding like the other Norse tribes, The Geats know full well how to draw profit from destruction. They are also a hardy people, virtually immune to the cold, and relish the thought of fighting in the snow. 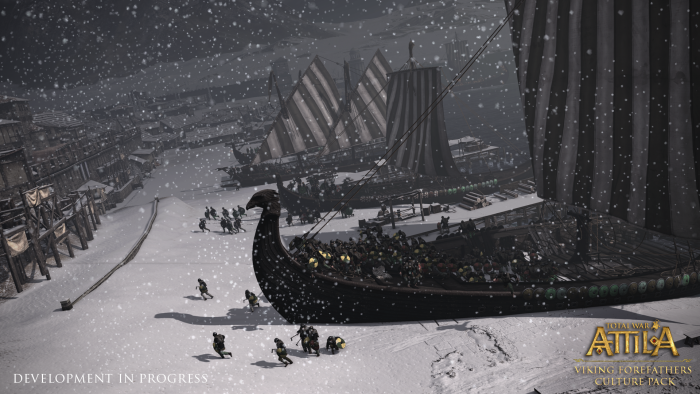