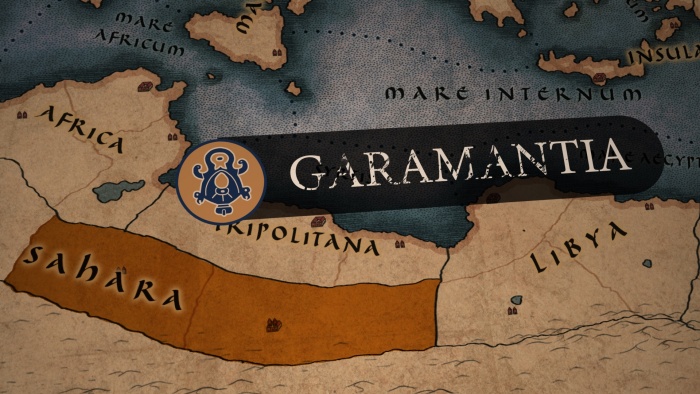 Since the rise of the Roman Empire, Garamantian raids across its territory have brought swift retribution, with border forts springing up throughout the 3rd century AD to repel incursions. Yet Roman-Garamantian relations were not always acrimonious; both nations had resources the other needed and so the Romans - ever pragmatic - allowed mutually beneficial trade agreements to be reached.

Now, in the dying light of the 4th century, the Garamantians occupy a unique position. From their north African strongholds, they can attack the now-troubled Roman Empire, forging their own path in the west, or strike out into the seas to explore the unknown. The world is changing, yet the Garamantians are poised to seize greatness no matter what!

Scourge of the Desert: +15 melee attack during desert battles

- Fixed the issue with the Grey Hair bow's disappeared

- Fixed the issue where Alani Horse Archers had the wrong rate of fire.

Gave them medium instead of small shields.

Gave them large instead small shields.