Celts of Gallic descent, the Galatians came to settle in and dominate areas of central Anatolia and Phrygia. Proud warriors, famed for their skill, loyalty, and ferocity in battle, they were highly prized as mercenaries throughout the Hellenistic world. It was 300 Galatian warriors that Julius Caesar gifted Cleopatra in 48 BCE as her bodyguard, such was their fearsome reputation.

Comprised of three tribes, the Tectosages, Tolistobogii, and Trocmi, the Galatians splintered off from Brennus’ Gauls during their invasion of Macedon and Greece in 279 BCE. Moving first through Thrace, they crossed the Bosporus into Asia Minor as allies of Nicomedes of Bithynia, in exchange for defeating his brother in their dynastic quarrel. After joining Nicomedes in a brief struggle against the expansionist Seleucids, they settled the area that would eventually become known as Galatia. The territory was divided between the three tribes, each maintaining its own capital and rule, but coming together in council at Drynemeton, a sacred grove of oaks situated southwest of Ancyra, the Tectosages’ capital. Leaving the indigenous Cappadocians relative control of their own lands in exchange for tithes, the Galatians became a military aristocracy. Much like the Spartans, this enabled them to focus on their martial skills. Fighting in the Celtic style, they made deadly use of swords, javelins, and oval shields.

Situated at the heart of Asia Minor, the Galatians have many choices before them. Extend their control over Cappadocia, or strike for the sea, through Pontus, Pergamon, or Bithynia and, with their position consolidated, sweep either east or west…

The Galatians are accomplished plunderers, gaining increased income from raiding and sacking, and their cultural affinity with Hellenic factions pays dividends at the diplomacy table. However, as a relatively isolated faction, they face heavier recruitment costs than most. 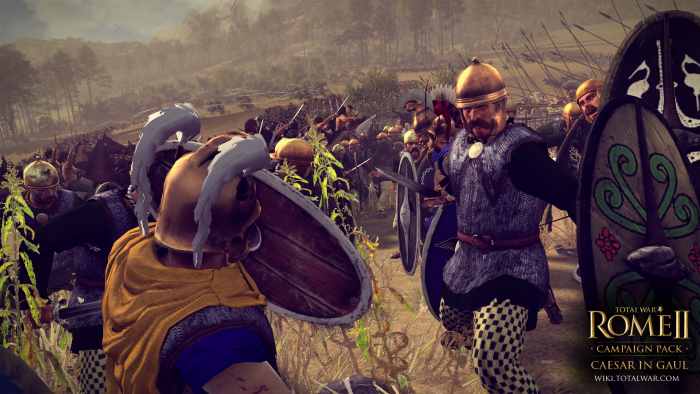