Situated on the Adriatic Sea, Epirus is a Greek kingdom formed of numerous small villages and towns, rather than the great cities of the south. An agriculture and fishing-based society, Epirus nevertheless maintains a balanced army on the Alexandrian model, consisting of cavalry, archers, peltasts, pikemen and war elephants. They also make extensive use of mercenaries from throughout the Greek-speaking world.

With an economy focused on a diverse and scattered agricultural base, most of Epirus' trade is conducted via its fishing ports on the Adriatic Sea. These also provide the basis for its fleets and a means for its dignitaries to travel abroad.

Ruled by the Molossian Aeacidae dynasty, the kings of Epirus claim descent from Achilles and Deidamea. With close connections to Macedon, through the marriage of the princess Olympias to Phillip II, Epirus prospered under the empire of their son, Alexander the Great. During the Wars of the Successors (322 - 275 BCE), the Epirot throne was reclaimed through the political manoeuvring of King Pyrrhus with the military backing of Ptolemaic Egypt. In 281 BCE, again with Egyptian support, Pyrrhus entered into conflict with Rome to aid the Greek colony of Tarentum. Although a master tactician, his ‘Pyrrhic victories’ have already become synonymous with success at devastating cost.

Epirus now faces many choices; across the Adriatic Sea is Rome, to the east Macedon, and to the south Sparta. Will they be potential allies, or enemies to conquer?

Epirus is a nation of great commanders and, as such, its generals and admirals enjoy a greater command aura in battle. As a nation centred more around village life than the city, Epirus also gains increased income from smaller settlements. However, their chequered past with the Greek states and colonies means they suffer major penalties to diplomatic relations with other Hellenic factions. 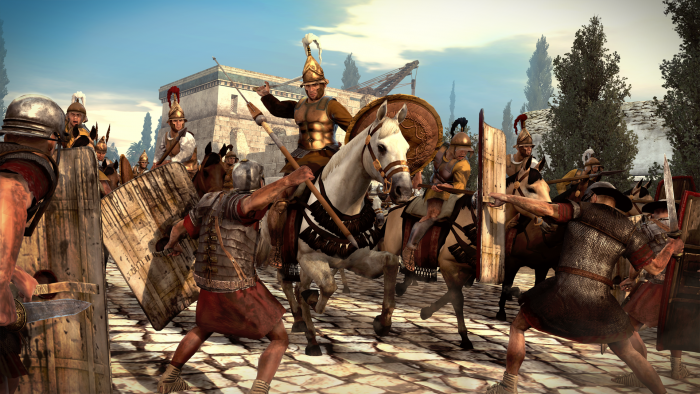