The Cimmerian Bosporus has been fought over for its resources and strategic importance for millennia. The adventurous Greeks of Miletus, in Asia Minor, formed several colonies around the Black Sea coast during the 6th and 7th centuries BCE in order to exploit its resources for trade with the wider Greek world.

By the beginning of the 5th century BCE their government had gravitated from classical Greek democracy to control by a single family. The current ruler, Satyrus, conquered nearby Greek cities, heralding the birth of the Cimmerian Kingdom, and a dynasty of rulers that endures to this day. Despite this strength, Cimmeria remains under threat from the surrounding nomadic tribes, and from the avaricious gaze of nearby Pontus, whose military strength may yet prove its undoing.

A truly multicultural society, Cimmeria welcomes foreign peoples into its borders with greater enthusiasm than other states, and its fertile farmlands offer the seed of great profit, in spite of a notoriously corrupt government. With a military composed chiefly of Scythian and Greek unit-types, Cimmeria can offer a swift and unwelcome surprise on the battlefield. 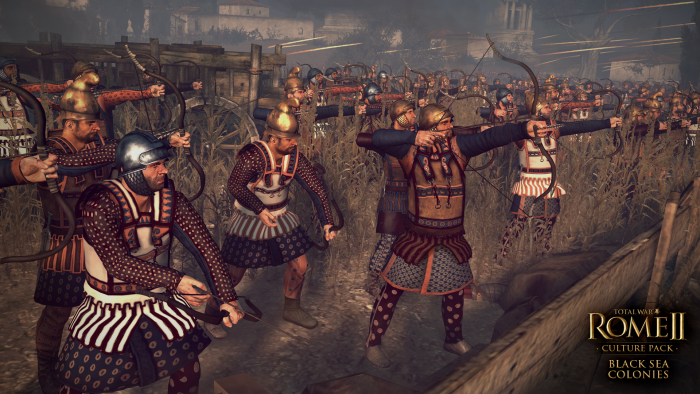