A Celtic tribe, the Boii were fierce warriors and, at least originally, semi-nomadic herders. Their name itself derives from either the word for ‘warrior’ or ‘cow’, thus making them the ‘warrior people’ or ‘herding people’.

Although their exact origins remain unclear, by 390 BCE the Boii had taken part in the Celtic incursions into northern Italy. Moving south, over the Alps, they drove back the Etruscans and occupied their territory. At the same time, on the other side of the Alps, they also moved east, into modern day Eastern Germany and Bohemia, itself named for the tribe which settled there.

Leading a frugal lifestyle, Boii society was geared towards warfare and agriculture, their most prized commodities being gold and livestock. Status amongst their leaders was judged not only through military prowess, but the amount of cattle owned and retinue supported. Historically, the Boii allied with the other tribes of Cisalpine Gaul and the Etruscans against the rapidly-expanding Roman Republic. Defeated and driven back, in later years some of the tribe joined the Helvetii in the migration that sparked Caesar’s Gallic Wars, and later supported Vercingetorix at the Battle of Alesia.

In the east, their territories eventually fell to the Dacians. From their current central European position however, the Boii are well placed to strike south into either Italy or Greece, west into Gaul, or east against the Dacian tribes.

The Boii feel the urge to move and conquer, and as such, they enjoy a morale boost when in enemy territory. Accomplished farmers, they also benefit from greater income from agricultural buildings. However, their unique outlook and warlike nature mean they struggle to find common ground with other barbarian factions. 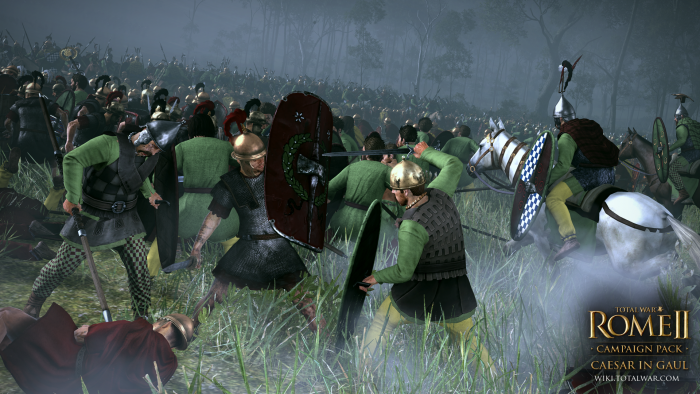