Descended from a long line of Celts, the warlike Arverni are one of the most powerful tribes of central Gaul. Far more than mere barbarian looters and raiders, they have a complex and sophisticated culture centred at Nemossos, their stronghold near the Gergovia plateau.

Ruled by kings and tribal chieftains, but deferent to their druids, there exists a rigid social order amongst the Arverni. Prestige and power come from a man's abilities as a warrior and a leader as much as his lineage.

Heavily dependent on infantry, the Arverni make great use of javelins and the devastating impact of the charge, led by elite warriors such as Spear Nobles and Oathsworn. It is by fighting this way that leaders have earned their places: as champions, proving themselves in conflict.

While many matters ostensibly fall to the Arverni's kings and chieftains, in reality, much is governed by the will of the druids, including declarations of war or peace. Blending animism with a pantheon of greater, local and lesser household gods, the Celtic religion is one of the key factors uniting the disparate Gallic tribes.

Seemingly unstoppable en masse, Gallic tribes sacked Rome in 390 BCE and terrorised much of the Aegean as recently as 279 BCE, invading Thrace, Macedon and Illyria. Maybe their destiny lies across the sea to Britannia, with all the Celtic tribes united under a single king? Or to the south, to finally put paid to the growing threat from Rome?

Noted craftsmen, the Arverni enjoy improved income from their artisans, as well as profiting from the Gauls’ expertise with gold-working. In battle, their cavalry benefit from natural Gallic horsemanship, while the charisma and fighting prowess of their kings and chieftains make them formidable warriors, and earns them diplomatic respect amongst other barbarian tribes. 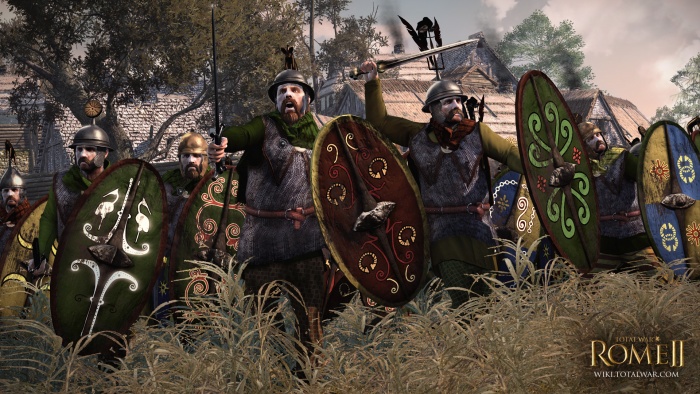