About our trailers, and what "in-engine" and "gameplay" mean.

With the Karl Franz in-engine trailer out this afternoon and a lot of discussion going on around what in-engine actually means, we thought it’d be worth a post explaining the different kinds of videos we make and why we make them.

As you’ve probably noticed, we create a lot of videos for our games. When they’re not making in-game cutscenes, most of these are created by the Total War in-house cinematics team, and in some cases members of the Total War community team.

We create different types of video for different purposes and to suit a range of different tastes. When we first announce a game, we tend to kick off with a bells-and-whistles CGI trailer, designed to establish the studio’s vision for the game (usually produced externally with the help of a CGI house), with consultation from the game’s senior developers and often using early elements of the in-game art (such as 3D models, or concept art). 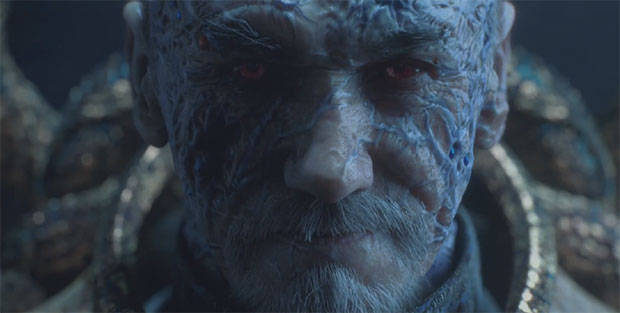 As development gets up to full speed, more and more in-game assets are completed. We start using these assets in videos to show off how things are coming together, such as the ‘Introducing Demigryphs’ video released earlier this week.

When we show early game code to journalists, we usually follow up by releasing a video of it. The first of these will be released in two weeks’ time on the 30th of July with the Battle of Black Fire Pass Developer Walkthrough and there will be more to follow.

A bit closer to release, when the game is coming together in earnest, we’ll begin producing videos using gameplay footage. These come in the form of lets-plays, spotlights and eventually broadcasting livestreams.

Today we released our first in-engine cinematic trailer. These videos introduce characters and races, and the narrative surrounding them. They tell the kind of stories that we imagine players will experience when they play their own campaigns. They also give us a place to start showcasing cool features of the game in an exciting way.

Once we’ve storyboarded and written a script for a cinematic trailer, we set to work with our in-house cinematics tool (It’s called CINDY if you’re interested). This enables us to set up environments, units, models, terrain, and create custom camera paths directly within the game engine. Today’s Karl Franz trailer, for example, was set up in the Black Fire Pass battle map you’ll see in-game.

The cinematics team often ask our team of animators to make some custom animations for these trailers, chiefly for when a main character is gesturing and gesticulating. These aren’t generally made for the game but they help us to explain what’s going on and are often also used for in-game cutscenes. This being so, Total War: Warhammer offers an embarrassment of riches. Our animators have gone to town on hand-crafting spectacular combat-anims for many monsters and beasts in the game – the kind of stuff you just can’t get in the mocap studio. In today’s Karl Franz trailer for example, you’ll see a giant snatch up a soldier and smash him repeatedly into the ground. This is just one of a variety of attack animations you see the giants perform in battle.

When we render the final video out, we add some post-processing cinematic effects such as enhanced depth of field and motion blur. Not features you’ll see in the game, but in these cinematic trailers we’re trying to create atmosphere and tell a story. These techniques help us do that.

So in a nutshell, that’s what an in-engine trailer is for us. We use the game engine itself as the set, along with all the props and actors it provides. We add some custom animations and some cinematic effects to make it a better watch.

Ultimately though, there’s going to be plenty of unedited gameplay to see before the game is finally released. If you follow us on social media or the forums you’ll see something for everyone.

Moving forward, we’re also going to make sure all our videos are clearly labelled so you know what you are seeing. If it’s not otherwise very apparent (like one of the following terms is used in the video’s title), you can check the description text on the video on our YouTube channel, and each will be tagged with one of the following:

Footage captured from the current game build. If you played the game as it currently stands, that’s what you’d see. It might be edited down to make it fit the format (so loading screens removed, or various shots used to show different things).

Before launch it is also likely to be marked ‘Development in Progress’, in which case you can expect it to be representative of the final game, but you should be aware that it is not the final game and anything you see is subject to change as the game is worked on.

Gameplay videos can also be marked ‘Scripted’ or ‘Scripted Demo’, this means we’ve set the game code up to make sure specific things happen. This is handy in a sandbox game like Total War where sometimes anything can happen, but also important in the early production stages of the game where some features or components may not be ready to be integrated into the code yet and so they need to be simulated. For example, in the forth-coming video of our Total War: Warhammer Black Fire Pass demo, we’ve scripted when the various units engage with each other to simulate the battle gameplay, because we want to show off the different units fighting without them killing each other behind the camera while we’re not looking.

The video uses Development in Progress in-game assets and code as a basis for a video shot with cinematic camera techniques to create movie-like footage. This is representative of the themes and general look and feel of the game, but it is not the direct in-game experience you will get when you are physically playing the final game.

This is the same as an ‘In-engine Cinematic’ except you can expect to see the vast majority (if not all) of the footage appear in the final game as an in-game movie, such as a intro or win movie for example.

This is a video that doesn’t use the game engine to produce its visuals. They might use some game assets like models and audio to contribute to the making of them, but for the avoidance of doubt, please assume that nothing you are seeing is from the game itself. These are typically CGI or Live Action trailers and videos, and will be otherwise very apparent.

You’re more likely to see this on our Twitch channel of course, but unless stated otherwise, what you see during a Livestream is live gameplay captured from the current code build. Again, this may be flagged as ‘Development in Progress’ and therefore as above, is subject to change.

If during development a video we’ve previously released changes it’s classification for some reason (like the designers decide that an In-game Cinematic should be replaced with something else, or they really like our In-engine Cinematic to be included in the final game) we will endeavour to go back and update the description on YouTube.

If you’re in any doubt as to what you’re seeing, then post a question for the Community Team in the appropriate thread on the forum, but do please check the original official post on the forum which announces the video first.